Salman Khan recently surprised everyone with his stage performance during the Vikrant Rona event. The superstar who presents this Kichcha Sudeepa, Jacqueline Fernandez, made an interesting revelation while interacting with the media. While speaking to the media, the superstar may have announced that he will start No Entry 2 after completing Bhaijaan. 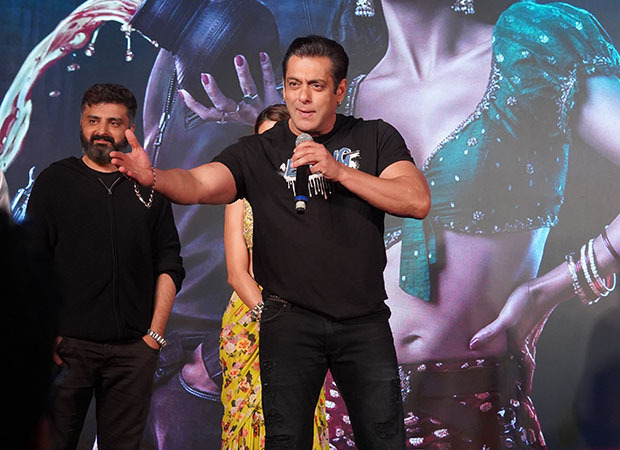 Whoa! Salman Khan announces the continuation of No Entry to Bhaijaan at the Vikrant Rona event

While many actors have revealed details about the No Entry sequel in the past, including director Anees Bazmee, it has also been said that given the work commitments of Salman Khan and Anil Kapoor, it has become difficult to adjust filming schedules. Anees had betrayed Bazmee in an exclusive interview Bollywood Hungamathat Salman might consider getting started No entry 2 In December, the superstar appears to have used event platform Vikrant Rona to give a major hint about the start of filming for the comedy.

As well as inviting Anees Bazmee to the Vikrant Rona event, he also added: “Yahan par aise author director Baite Hain…Rs.100 100 crore ki hit de raha hai aadmi, woh bhi comedy mein…kal No Entry Mein bhi deyega.” … 300 crore .” (Here’s a writer/director … he gives Rs. 100 100 crore hits, and that’s in comedy too. He’ll also have one with no entry. It’ll be Rs. 300 crores). His statement seems to have turned into something of an endorsement saying that the actor will start directing Anees Bazmee No entry 2 (continued) once he finishes filming bhaijaan (Kabhi Eid Kabhi Diwali).

Get to Vicrant Rona, readers would be aware that this is a multilingual fantasy adventure drama starring Kichcha Sudeepa, along with Jacqueline Fernandez and other actors playing key roles. The Hindi-dubbed version of the film will be distributed by Salman under his Salman Khan Films banner. Besides Hindi and its original Kannada, Anup Bhandari’s direction will also appear in Tamil, Telugu and Malayalam.

also read: SCOOP: Salman Khan Confused Between No Entry 2 And Dabangg 4 – Which Movie Is He Launching In January?