Vijay Deverakonda, who is currently involved in the promotions of ligers, seems to be the new eye candy in Bollywood as not only fans but even actresses seem to rave about his charm. From co-star Ananya Panday to Janhvi Kapoor and Sara Ali Khan, many have spoken out about their crush on the Southern actor. In a recent interview with ETimes, when asked about dating Sara, Vijay claimed that he was a better actor. 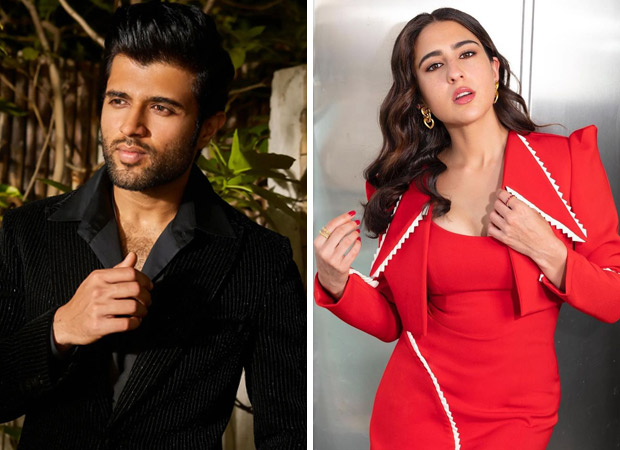 For the uninitiated, when Sara Ali Khan was asked on Koffee With Karan 7 who she was dating, after much persuasion she took the name Vijay Deverakonda. While the actress initially declined to take a name, after Karan Johar spoke about the couch manifestation, the actress eventually relented and took the name Arjun Reddy Actor. In response to being an object of desire and the fact that Sara Ali Khan wanted to date him, Vijay said, “I’m a better actor.” He added, “I texted her. It’s so sweet of her to say that.”

When asked further if he wanted Sara Ali Khan, Vijay added, “I can’t even pronounce the word ‘relationship’ well. How can I be in one?” On the other hand, during Koffee With Karan 7, Ananya Panday hinted that Vijay is dating Rashmika Mandanna. When asked who Vijay is dating during the Rapid Fire round, the actress replied, “He’s in a ‘rush’ to meet ‘Mika’ Singh… Got it?”

also read: Vijay Deverakonda and Ananya Panday on a breezy day for the Liger promotion