Sushmita Sen is currently in the news after former BCCI member and businessman Lalit Modi announced his relationship with the actress. His announcement was followed by a spate of memes and allegations against the former beauty queen, where she was trolled and called a “gold digger”. While Vikram Bhatt was supporting the actress, his brother Mahesh Bhatt opened up about his romance with the actress when the filmmaker was reportedly dating her during filming dastak. 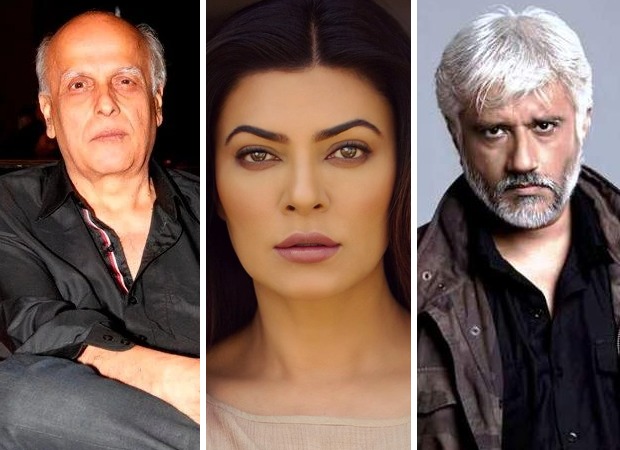 Sushmita Sen and the Bhatts have a long professional relationship. Speaking about witnessing their romance, Mahesh Bhatt recently revealed details about Vikram Bhatt and Sushmita Sen, adding that it started in the Seychelles. He was quoted in an ETimes report as saying: “I gave her an idea dastak and she immediately agreed. And the rest was history. But during the making of dastak, Vikram’s romance with Sushmita began in the Seychelles. Vikram was my right hand and used to be on the front lines and did most of my work. So he used to interact with her more vigorously. That’s how the romance began.”

On the other hand, the filmmaker also praised the former beauty queen as he appreciated her for bravely living her life on her own terms in this world where people often live their lives by the rules of others. Mahesh called her an “unusual” girl, adding, “She was very warm and unusual by the standards of the film industry because she didn’t have the qualities that a normal movie heroine has.”

“What I applaud her for is that she lived her life on her own terms. She has the courage to live by her own dictates. My personal belief is that in the second decade of the 21st century we must give people the right to live their lives on their own terms. And even if you don’t want someone else to impose their own views and beliefs on you and let you live your life, you shouldn’t do it with someone else either. I think she’s always been a person who followed her heart and lived her life on her own terms,” ​​he concluded.

also read: “Sushmita Sen is the last person to check bank balances before deciding to fall in love with someone” – says Vikram Bhatt

Share. Facebook Twitter Pinterest Telegram
Previous ArticleSummertime Render Season 2 on Disney+ is unlikely but a Summer Time Rendering 2026 movie or OVA is possible
Next Article LOVE HOSTEL is a disappointing fare due to the weak script and execution