How Shrek Could Have Been Wildly Different In The Movies 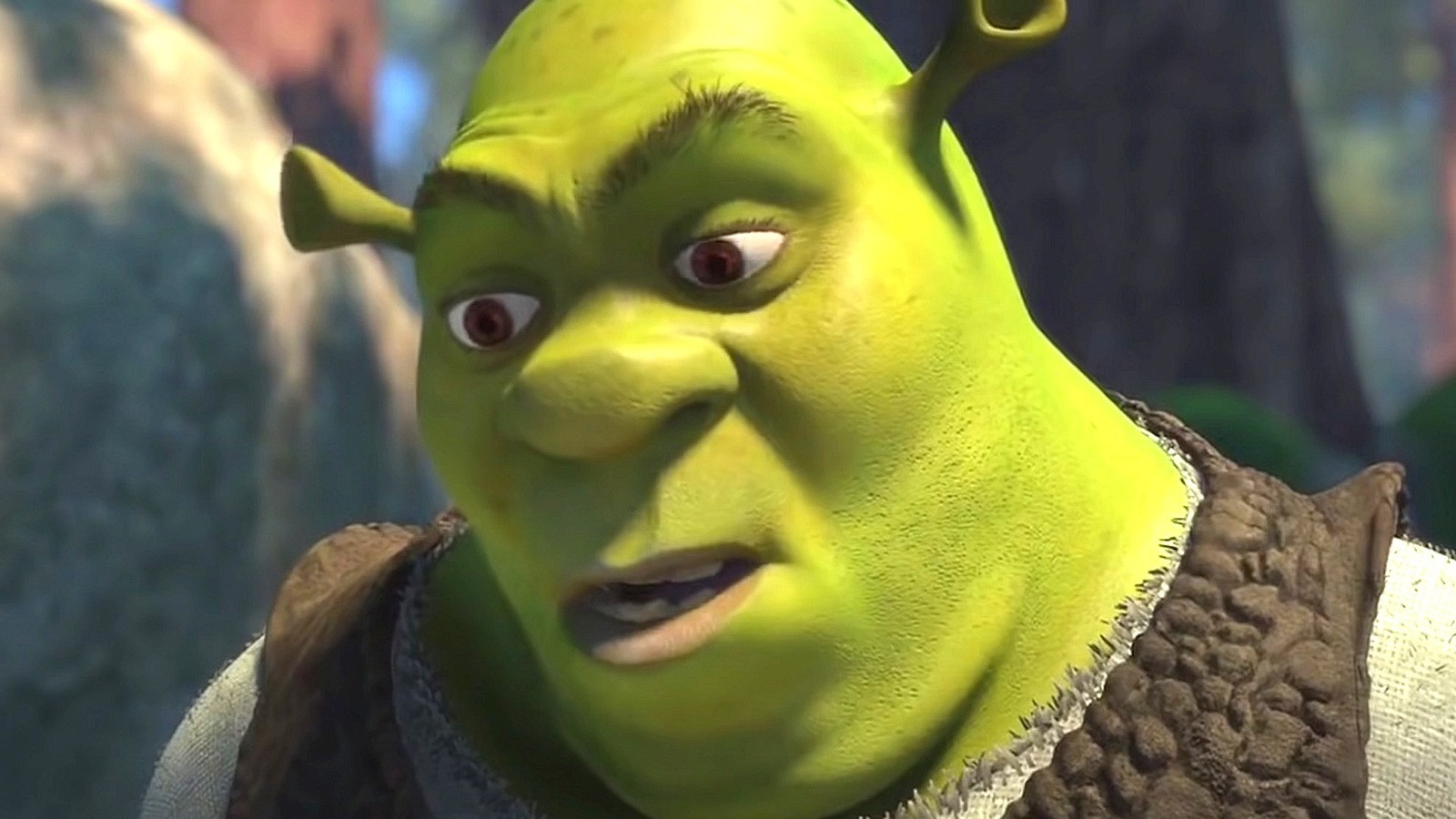 Long before there was a “Shrek” on the big screen at your local theater, there was “Shrek!” in its original form – a children’s picture book by iconic author and New York Magazine cartoonist William Steig. The 1990 book version of this whimsical fairy tale adventure had many key elements that appeared in the film. For example, the book features a lumpy, green, antisocial grump as the main character, but Shrek himself is never actually referred to as an ogre. Another major departure from the film is the beginning of the book, in which a young Shrek is literally kicked out of the house by his equally green and unruly parents, who want him to leave the comforts of home behind and get out and see the world.

And that’s just the beginning of how the film and book go their separate ways with Shrek’s narration. In the film, Shrek smells bad. But in the book, he’s stinking industrial strength, causing trees and plants to bow away in disgust when he walks by. Book-Shrek also has other traits that the film skips – he can cook food just by giving it an ugly appearance, and he has fiery breath and blows puffs of smoke out of his ears. And as for his adventures, they don’t really seem to matter much in the book, with Shrek being seen more as a simple, oddly cheerful, and unconcernedly repulsive character who just has a fairly random amount of time upsetting a world. While it’s likely that the screen incarnation of this unruly ogre is the one most people will remember, the film version of his story could have been vastly different if the screenwriters had used more “Shrek!” in “Shrek”.