Bollywood Hungama is in Ayodhya to report on the much-discussed first look and teaser launch of Adipurush. The large event, attended by almost 10,000 people, took place at Ram Ki Paidi Ghat. At 19:11 the film’s poster was unveiled in the presence of Prabhas, Kriti Sanon, director Om Raut and producer Bhushan Kumar. 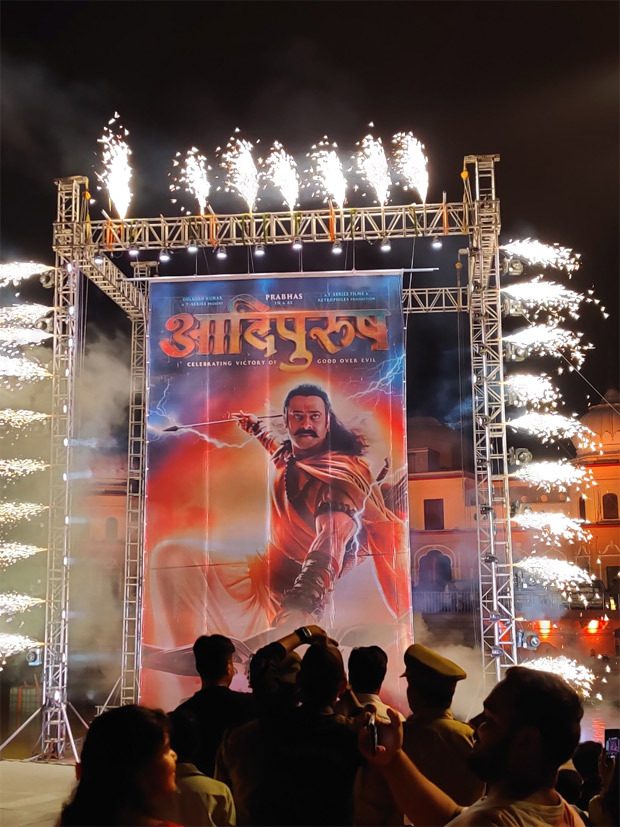 However, the way it was done stunned viewers, to say the least. The poster, which was 50 feet tall, emerged from the Sarayu River! The poster was expectedly spectacular, but the way it was unveiled upped the ante by many notches. 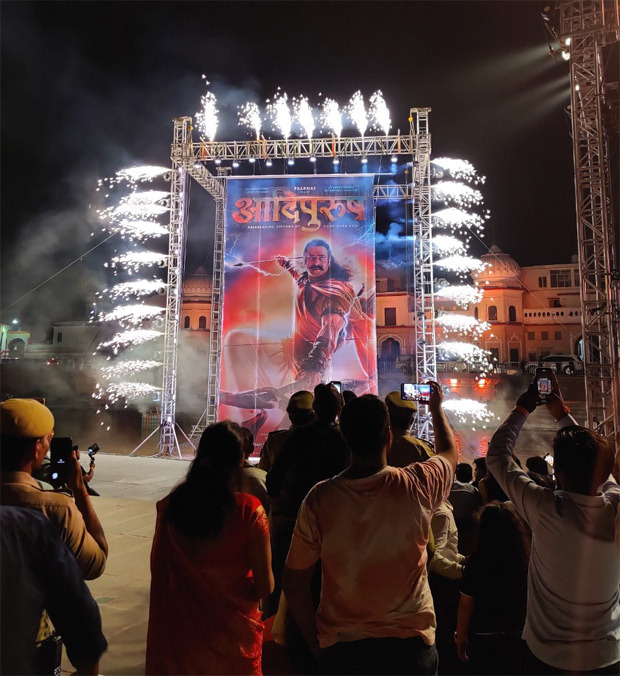 The teaser was also shown on a wide screen installed on the stage. Both the poster and teaser were released after Prabhas, Kriti Sanon, director Om Raut and producer Bhushan Kumar took the stage after stepping onto Sarayu from a specially constructed bridge.

earlier in the day bollywood hungama had visited the venue to look at the arrangements and we had found that 250 police officers and 200 bouncers were deployed for security purposes, particularly for the event.